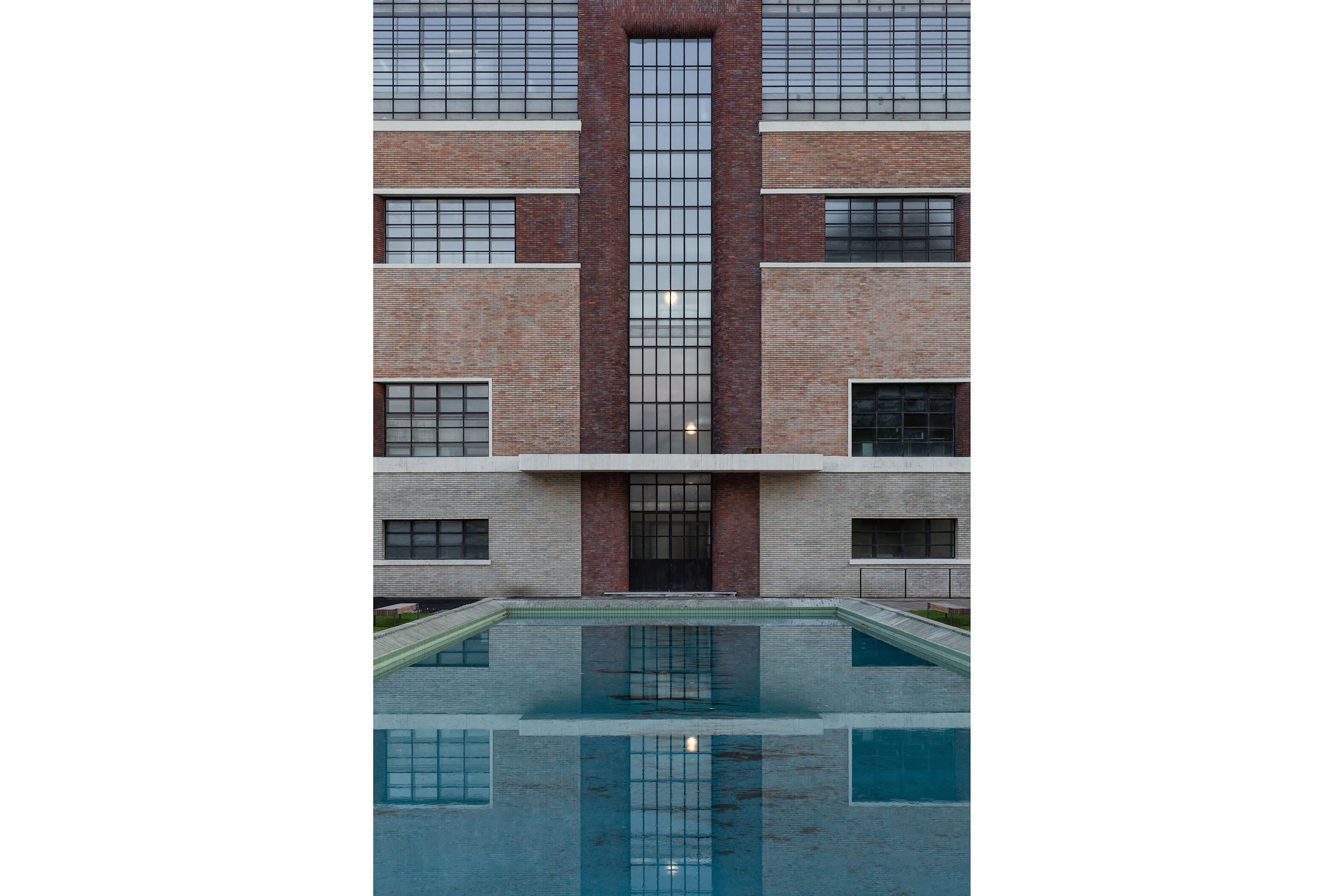 Once a manufacturing industry, today a factory of ideas. The NOI Techpark is a technology park built in 2015 in the immense spaces of former Alumix, i.e. the largest aluminum processing district in the subalpine area, which was built around the 1930s in the suburban basin south of Bozen-Bolzano and remained operational until the early 1990s. Among the many imposing historical buildings in the area, a smaller administrative building overlooking the north-east entrance was converted into a workers’ chapel in 1952 for the employees of the district, who have been attending it with their families ever since after working in the factory for meetings, prayers and confession.

Today, after 30 years of neglect, the chapel is being used again and under the impulse of the client, it becomes a functional and flexible space at the service of NOI Techpark, where managers, employees, or guests of the technology park can hold creative meetings and gatherings, or enjoy recreational activities in small groups. The idea behind the project is that this unique space could preserve and restore the aura that enveloped it in the past, offering an experience and an alternative dimension that is diametrically opposite to the classic meeting room or office, which the technology park is abundantly equipped with. An explosion of colours and decorations, in the raw rationality of the surrounding productive fabric.

The interior, rigorously restored and preserved, harmoniously welcomes the new functions: the old confessional becomes a micro-kitchen for tea and herbal teas, the wooden panelling an invisible system of magnetic bars to hang sheets, notes and charts. The ruined cornices that adorn the perimeter of the ceiling house the lighting system; the powder blue niches are flooded with a cascade of plants, while the altar houses a relaxation area with vintage sofas and armchairs immersed in a jungle of tropical species.

In the centre of the small nave, the four Diamond Tables are one of the fulcrums of the project: these, characterised by a linoleum top inscribed in solid walnut profiles and supported by a burnished steel structure, can easily be divided to create single work islands, or recompose in the centre of the room according to an hexagonal scheme (12 seats) or create a single large rhomboidal meeting table (16 seats).

The diamond pattern, popular during the chapel’s construction years, is omnipresent: it can be found in the ornamental pattern on the walls, in the geometry of the yellow and pink glass windows now placed on the outdoor pavilion, and it also inspired the design of the new Diamond Tables, which are themselves modular in larger lozenges. In the 16-guest configuration, the diamond shape is functional to the activities carried out in the Chapel, as this shape provides a large working surface, facilitating interaction between participants, while leaving free space in front of the entrance, in front of the kitchen, and in the two opposite corners of the nave. 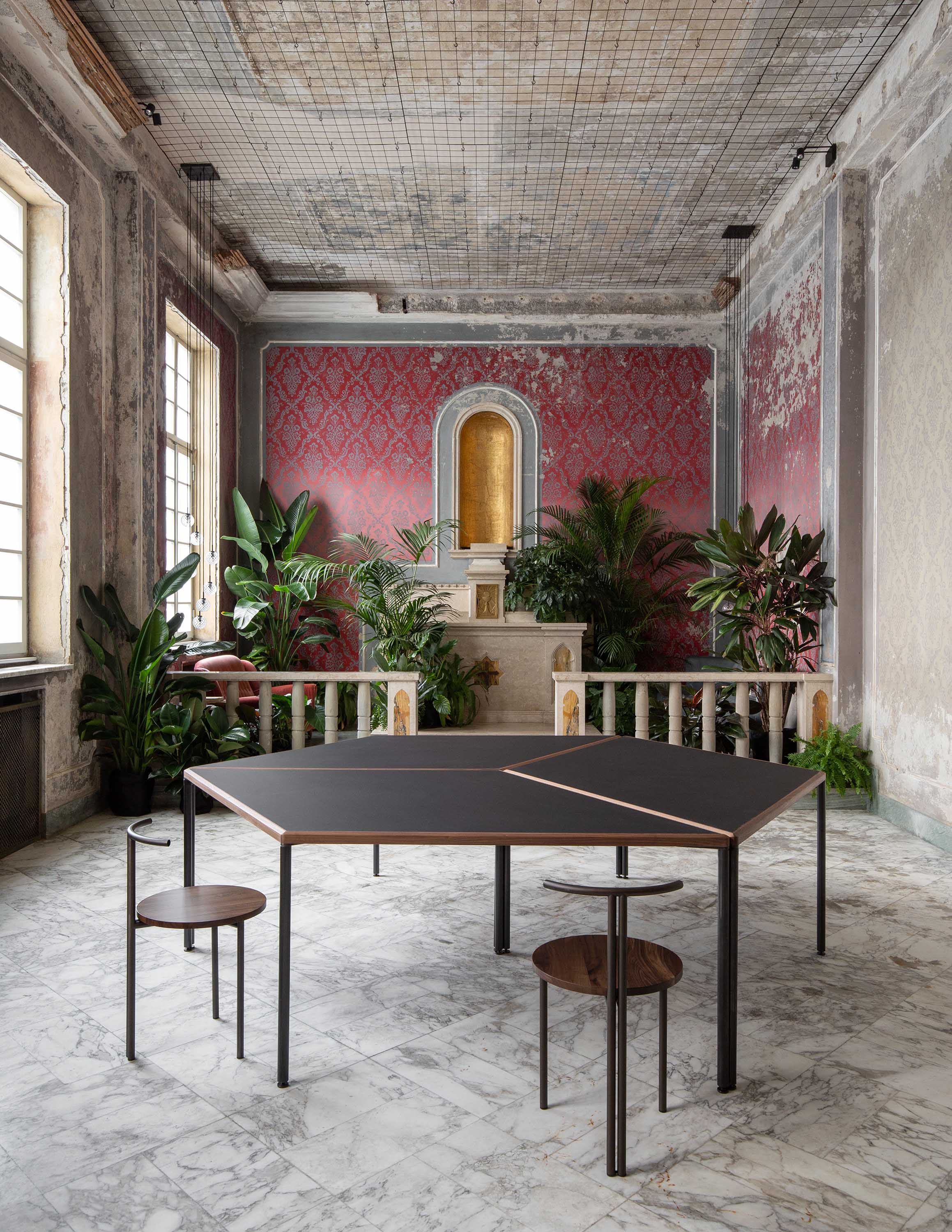 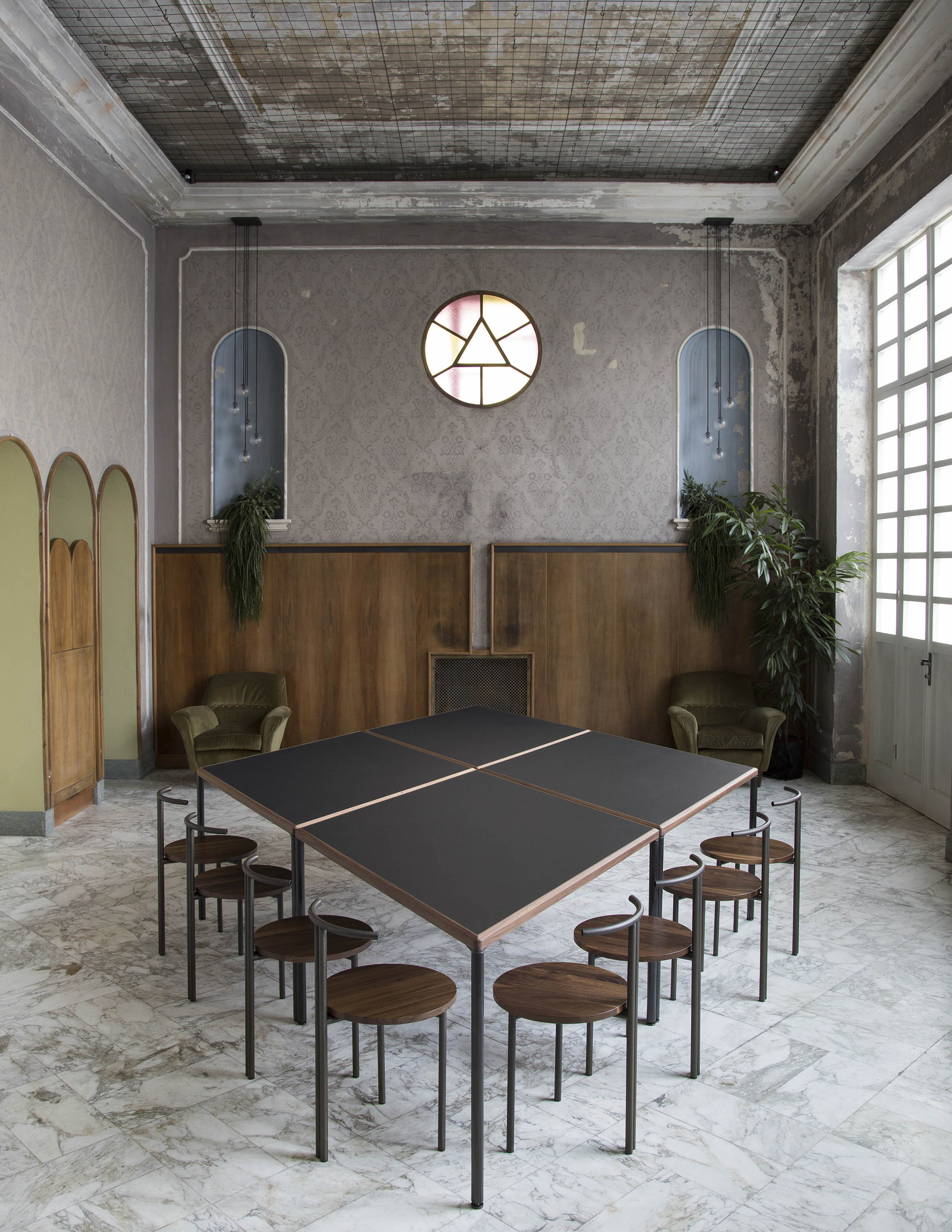 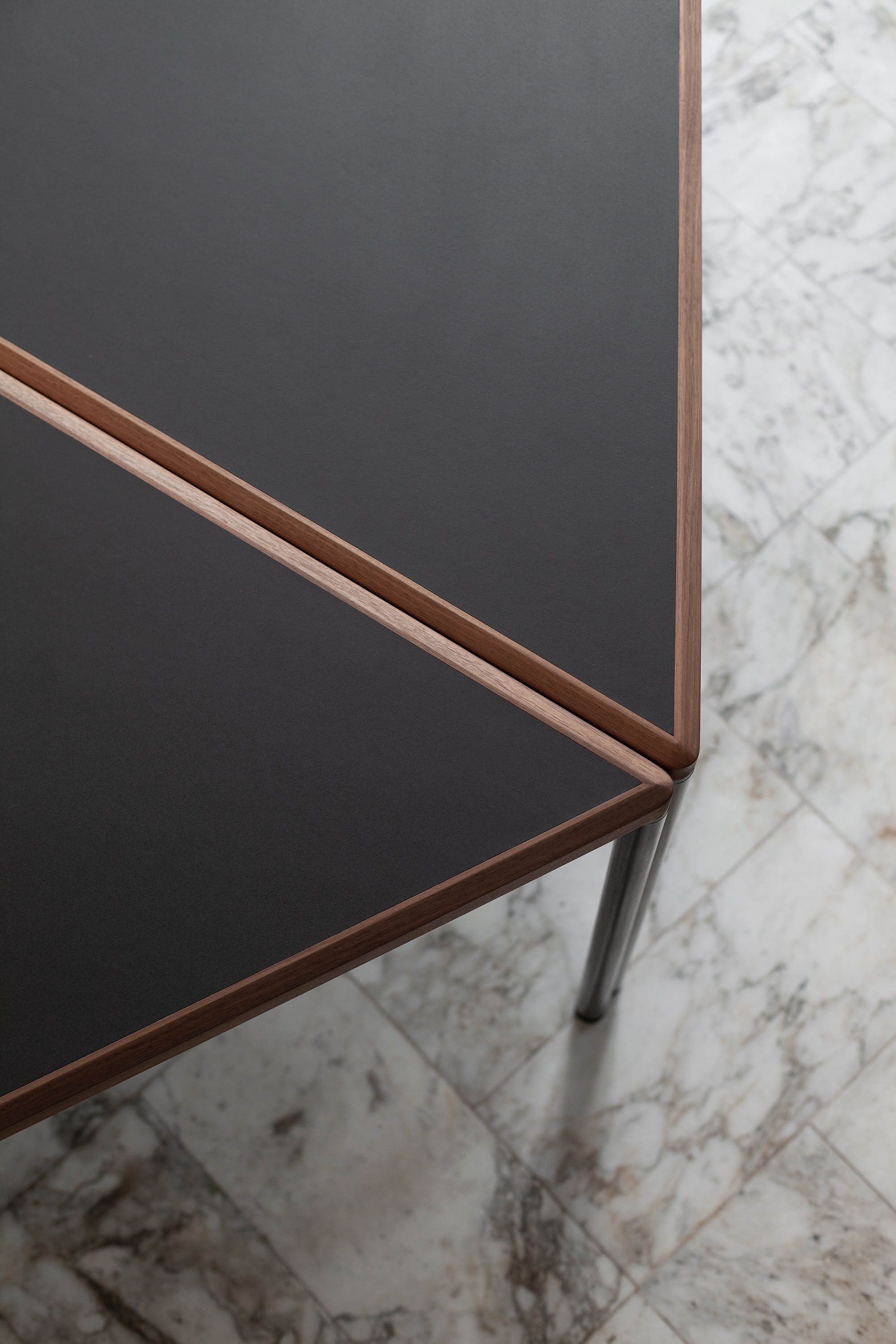 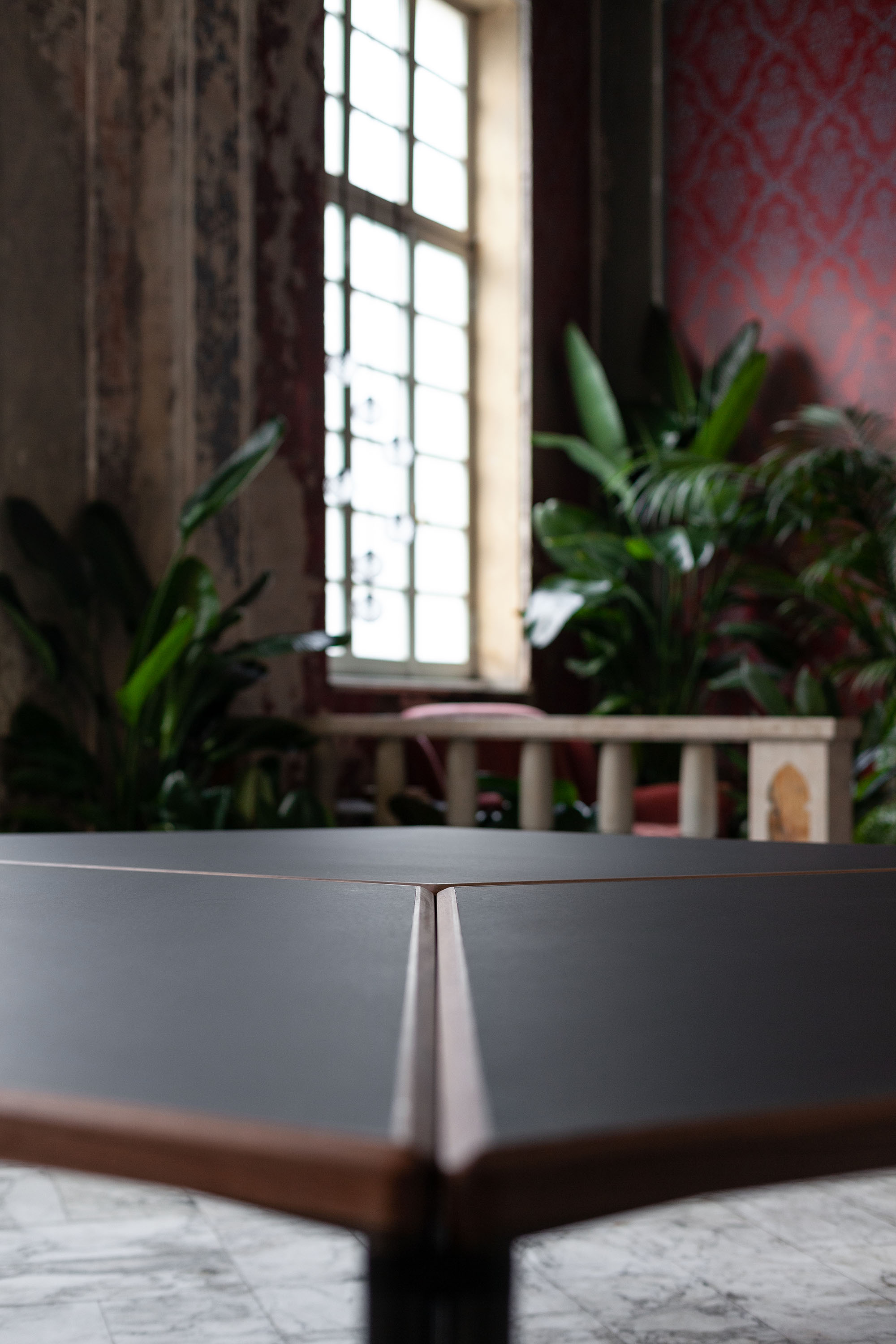 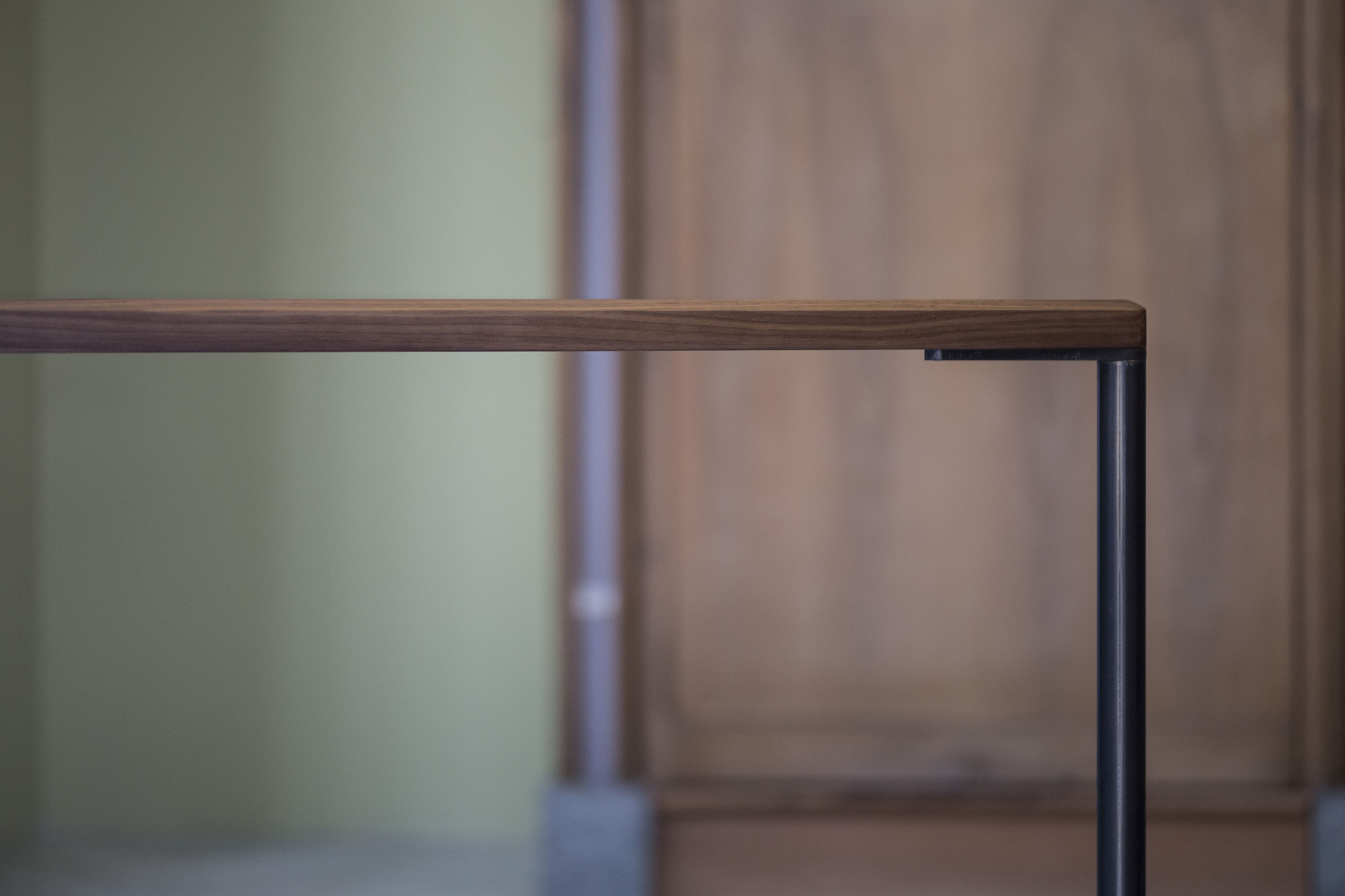 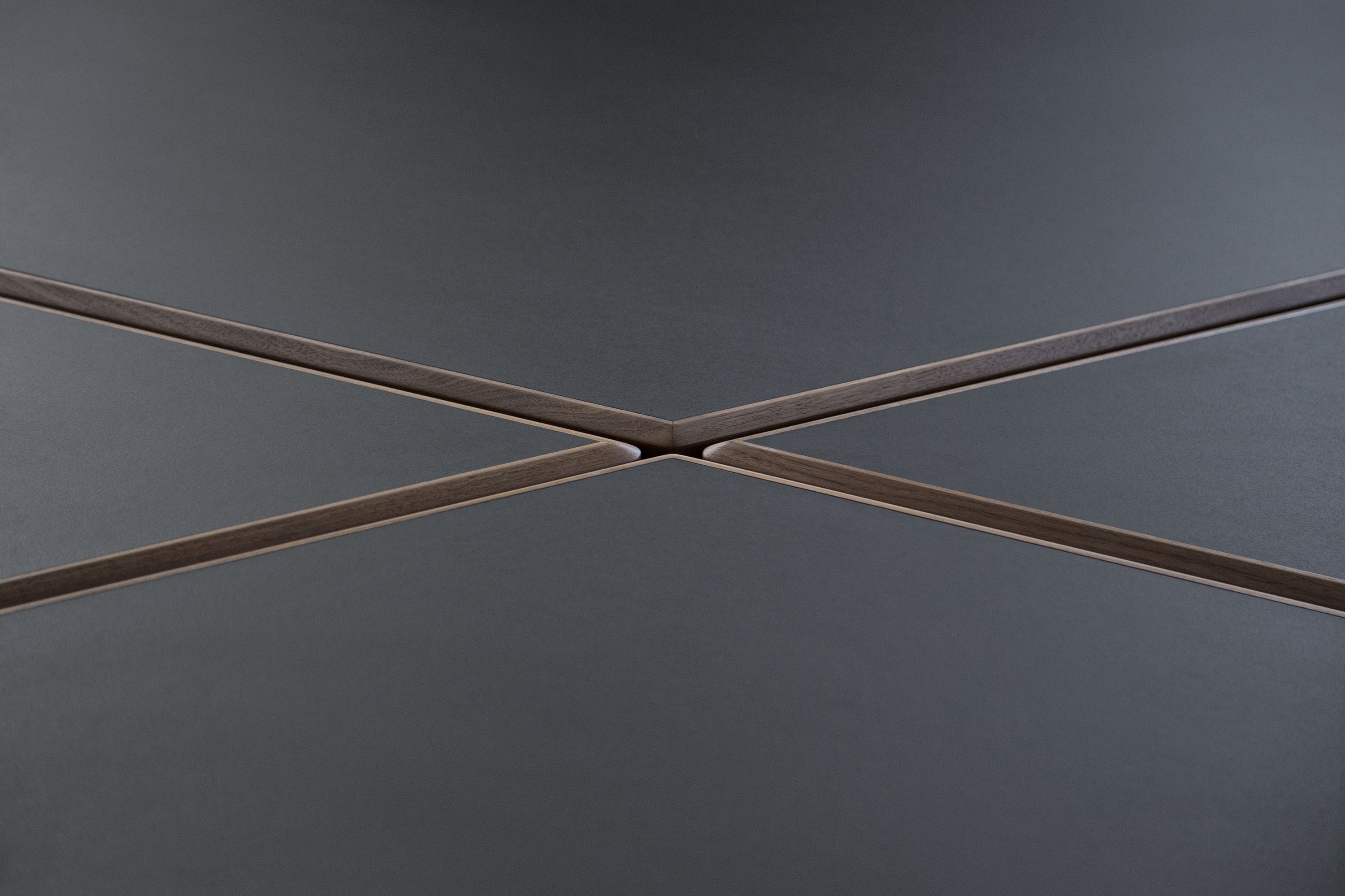 The seats, TT Chairs, with their bare and rigorous appearance, are unique and iconic pieces, designed and manufactured specifically for this environment. They are small and light and recall the essential and unrefined language of less sumptuous ecclesiastical environments. The two rear vertical tubes, the only redundant sign of the construction, gives strength to an otherwise too slender structure, adds stability to the seat, and visually recalls the two paired legs of the Diamond tables when they are brought together. They are also made of burnished tubular steel and of the national walnut that covers the boiserie of the nave. 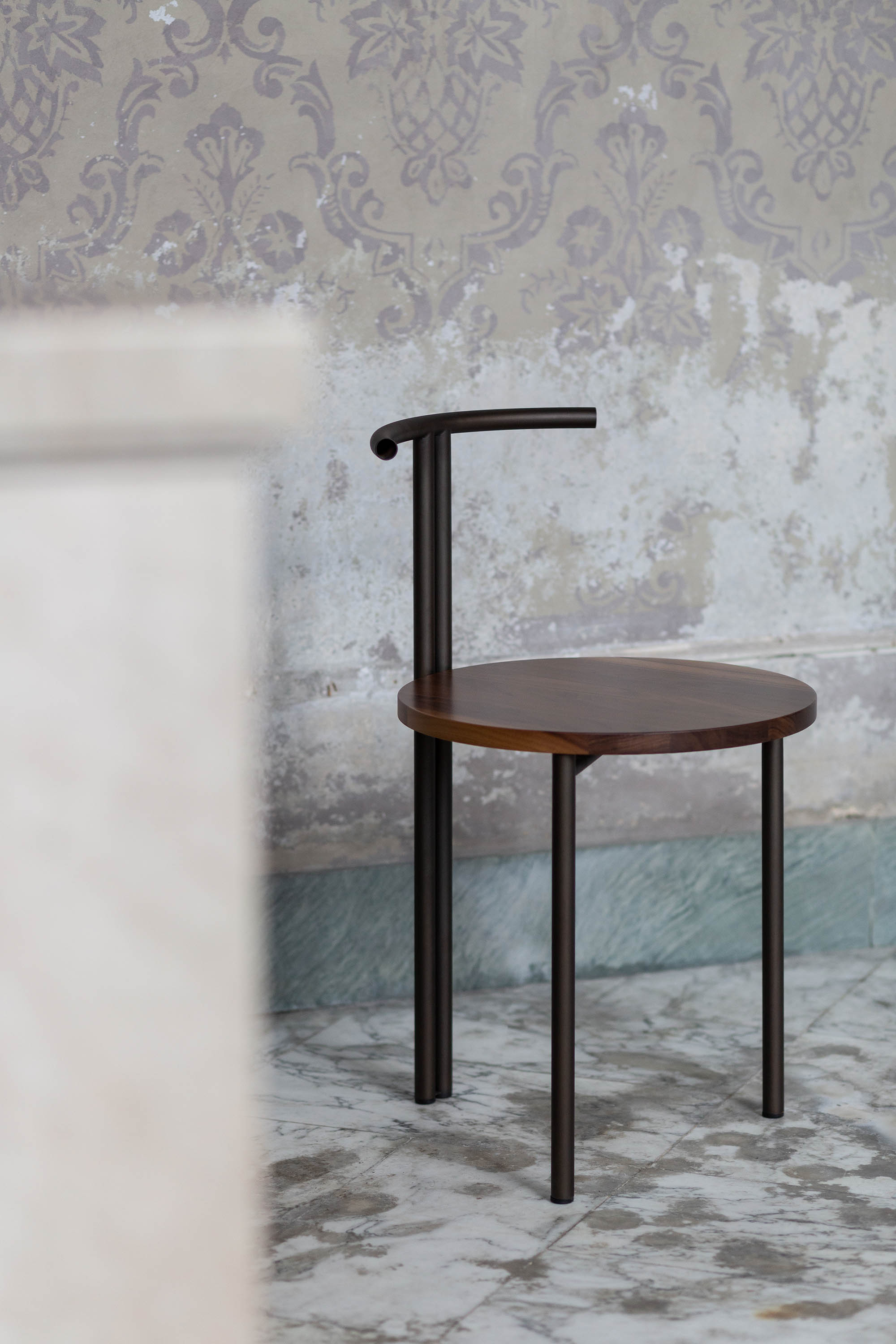 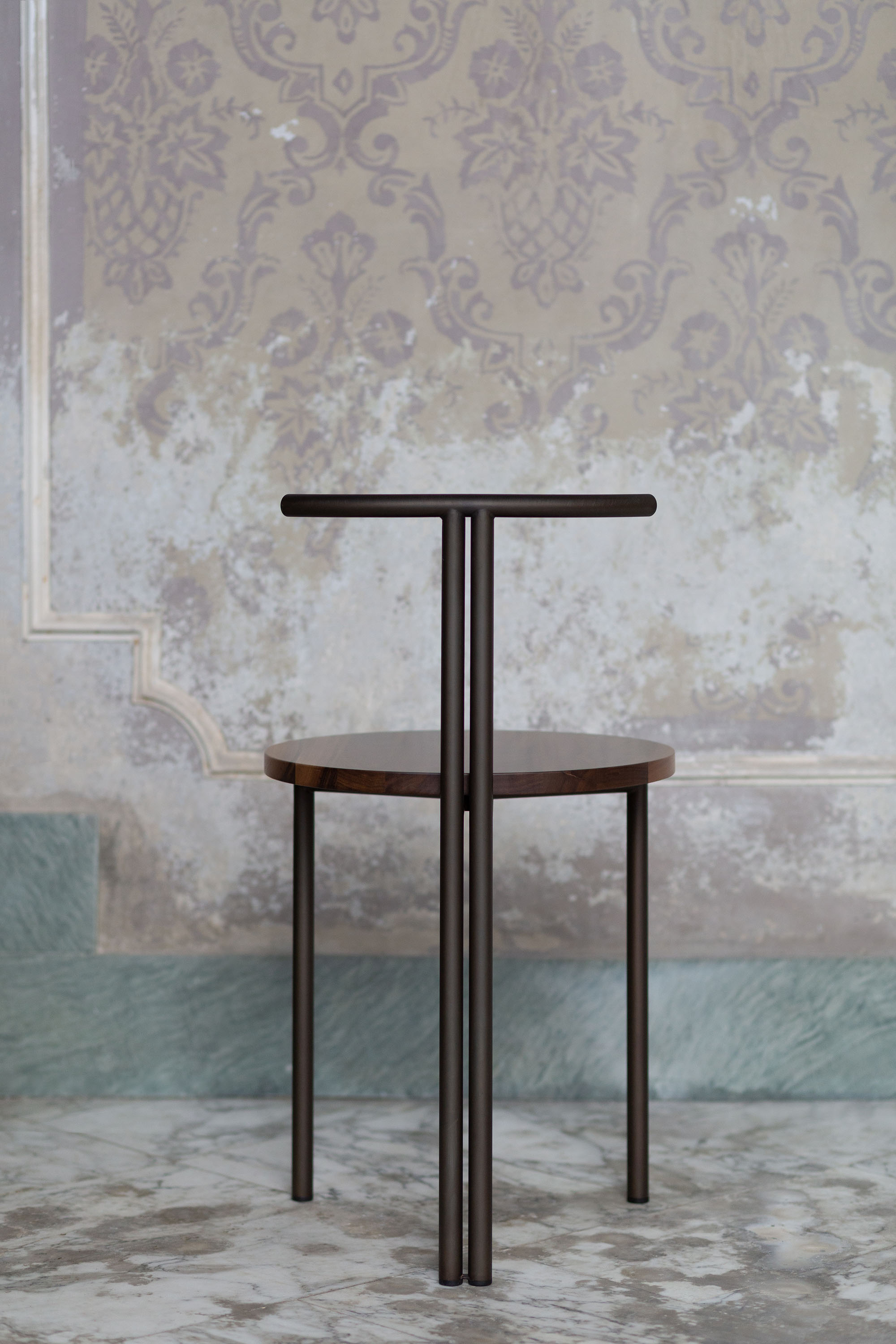 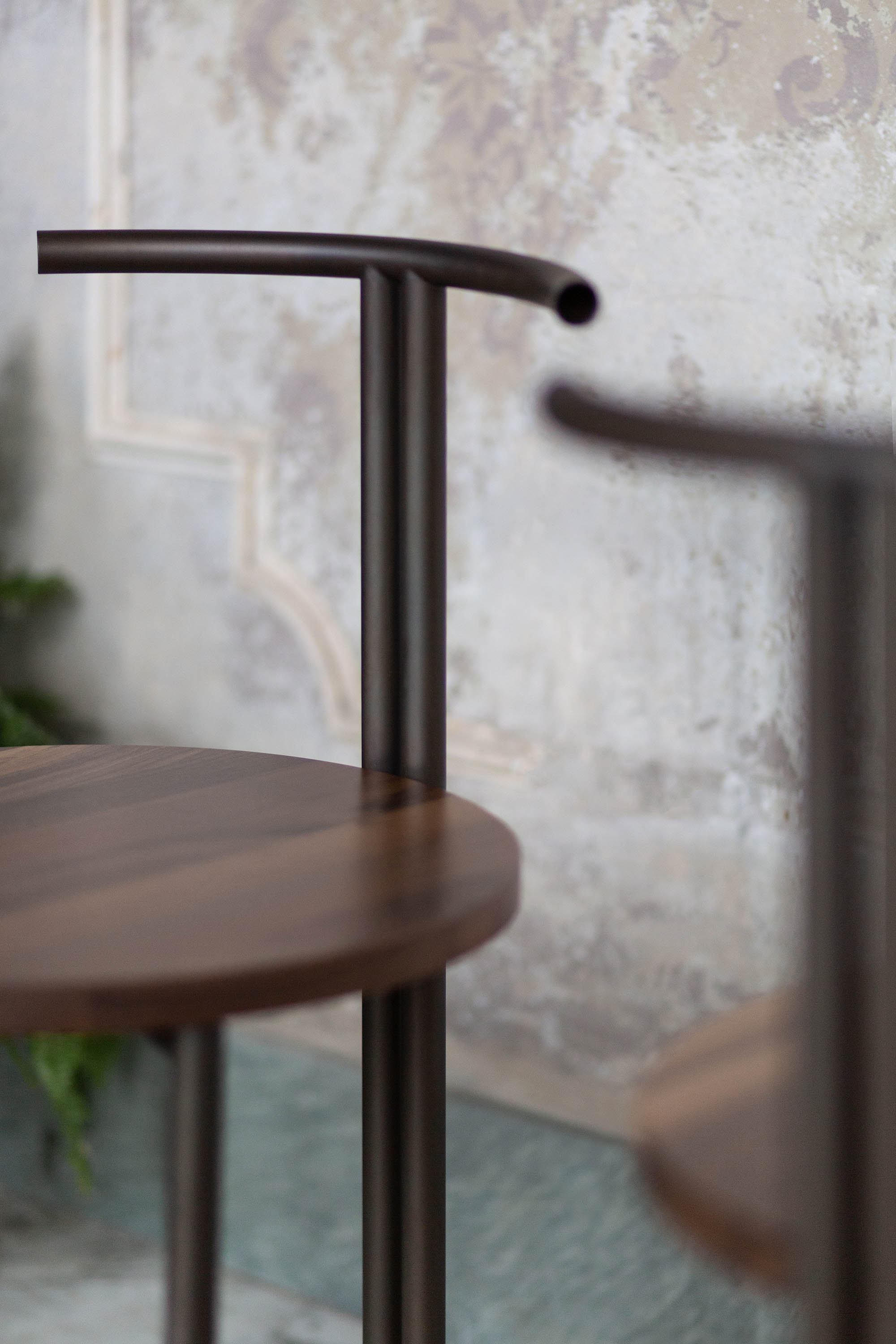 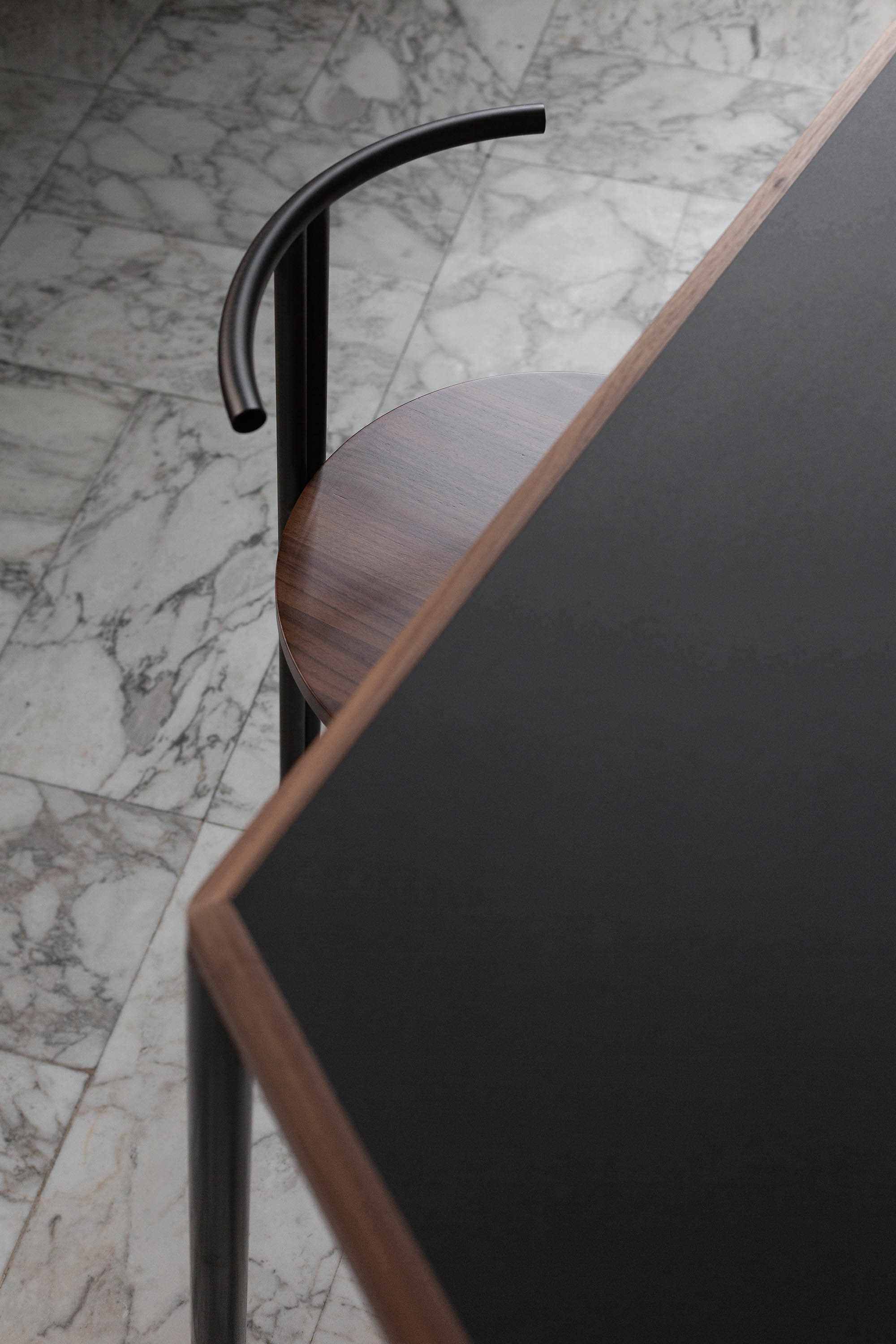 TT Coffee Tables take up the same theme on the structure, but instead of walnut wood they use Carrara marble, which matches the grain of the existing floor, making their presence more discreet. 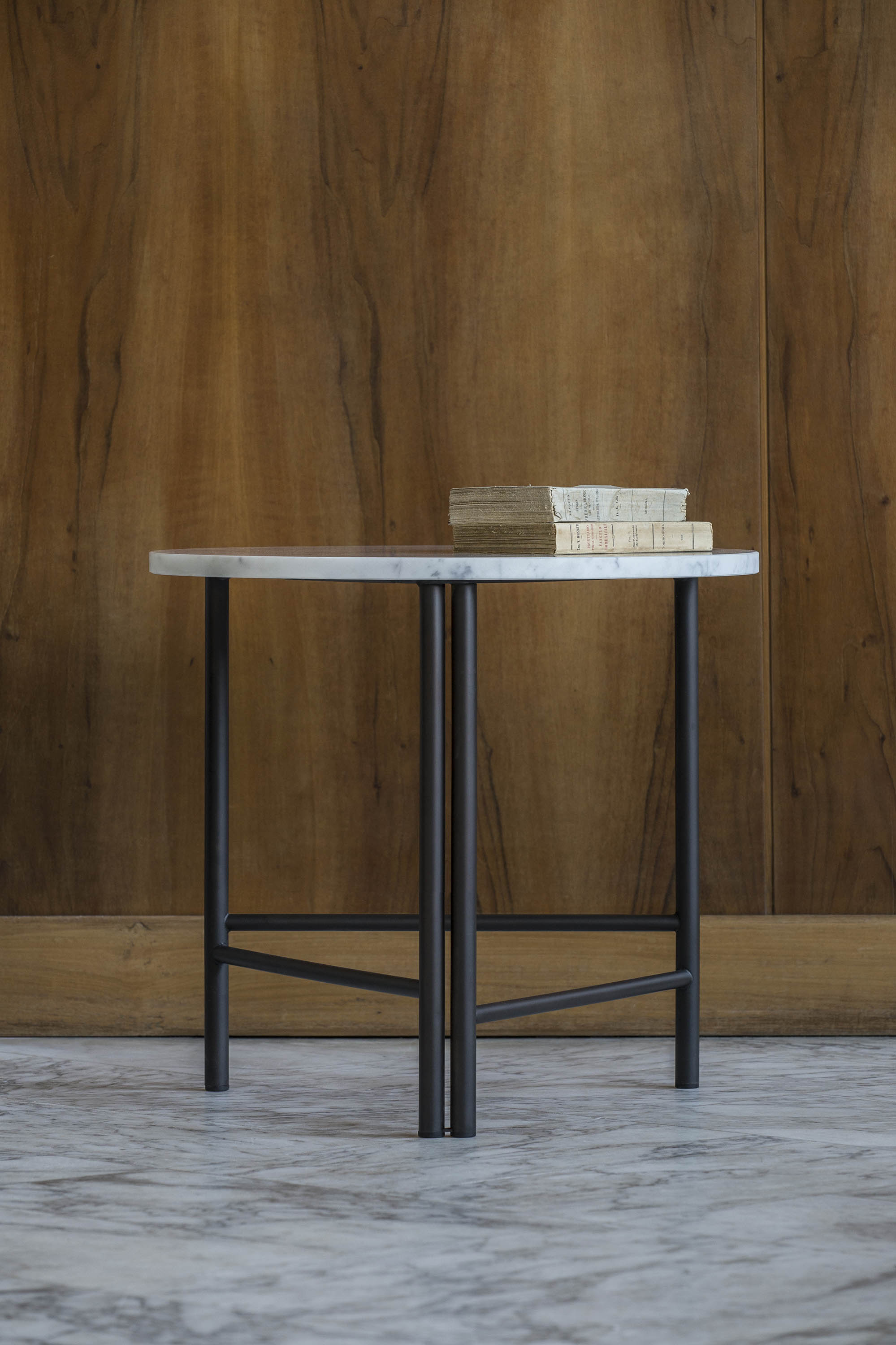 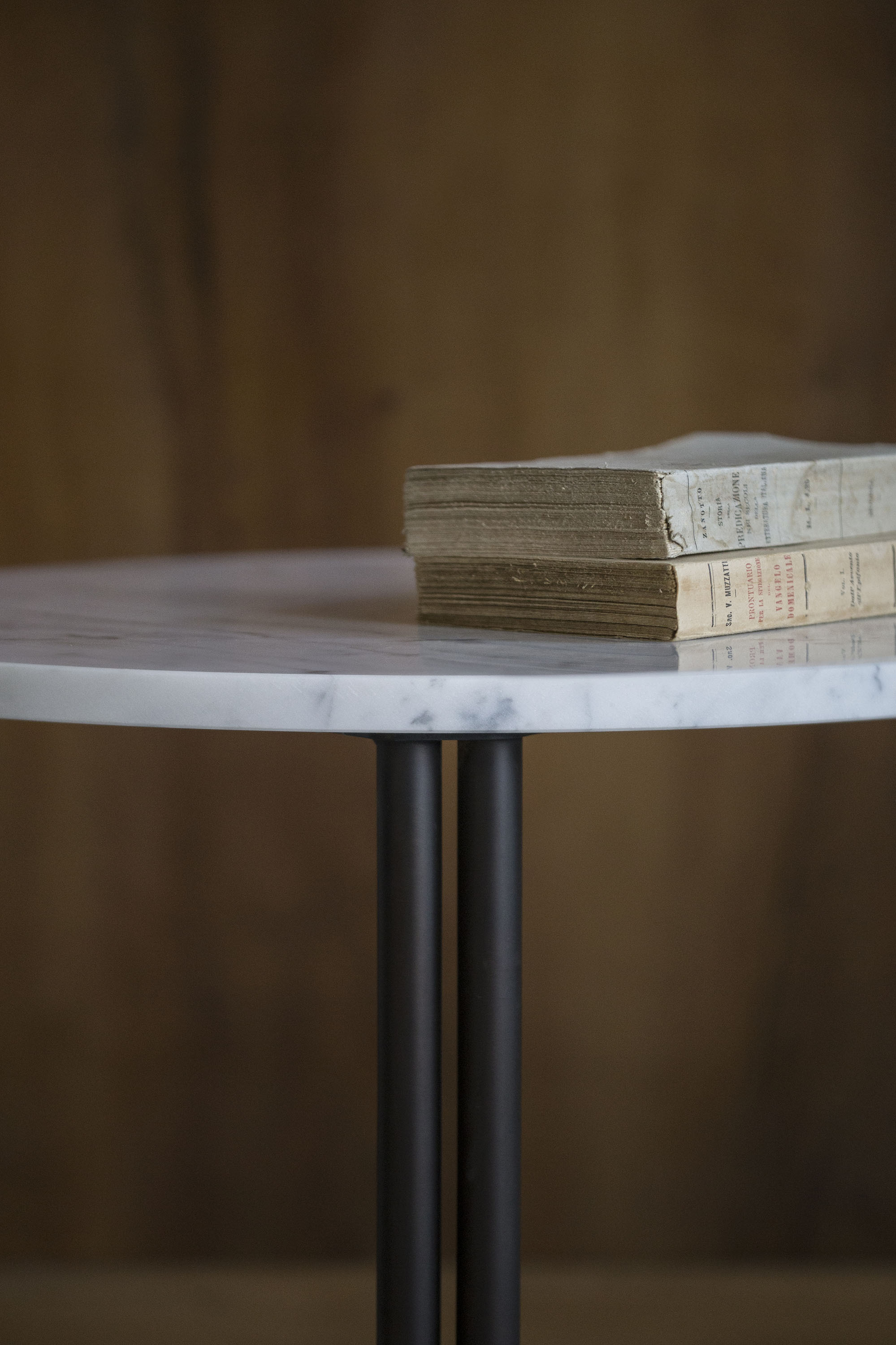 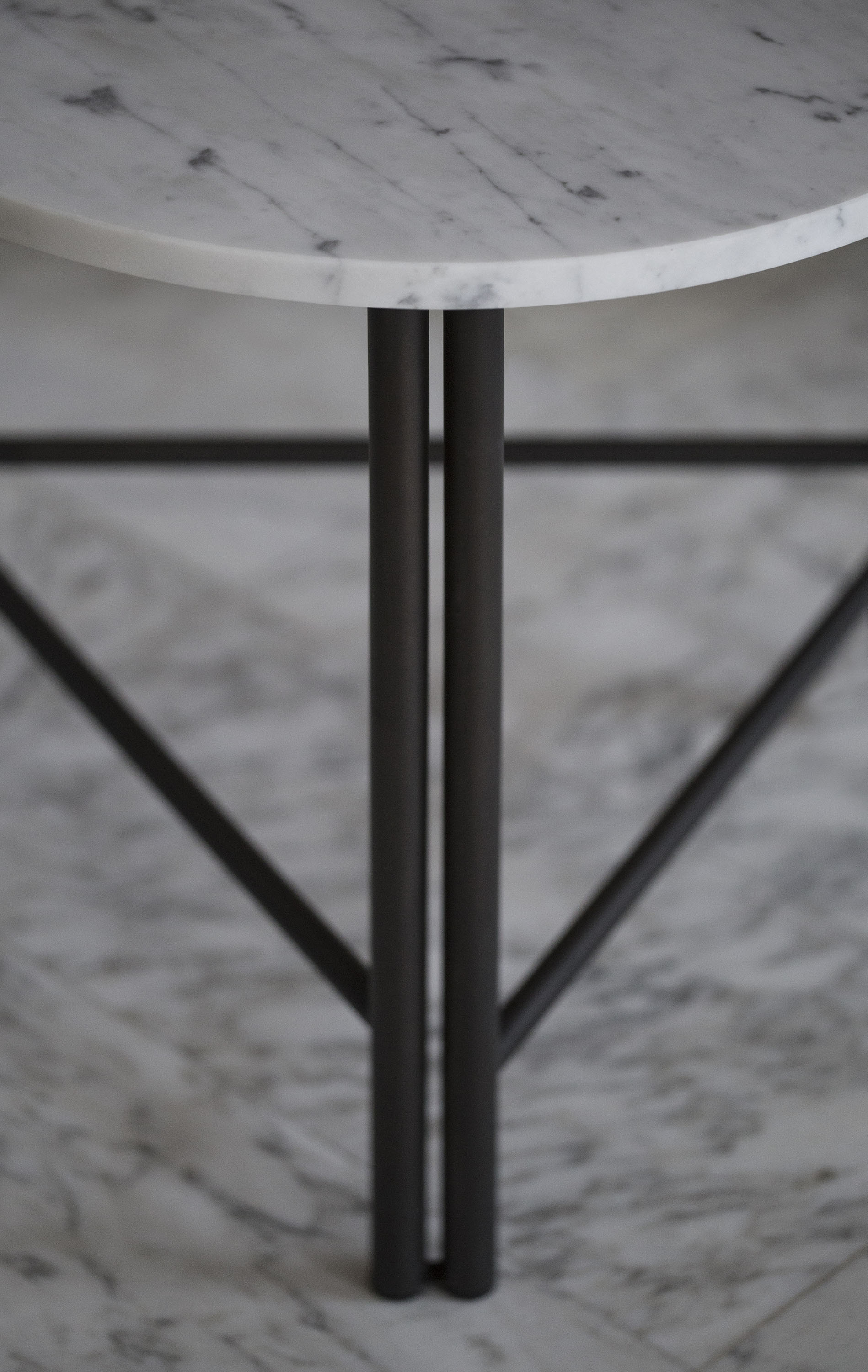 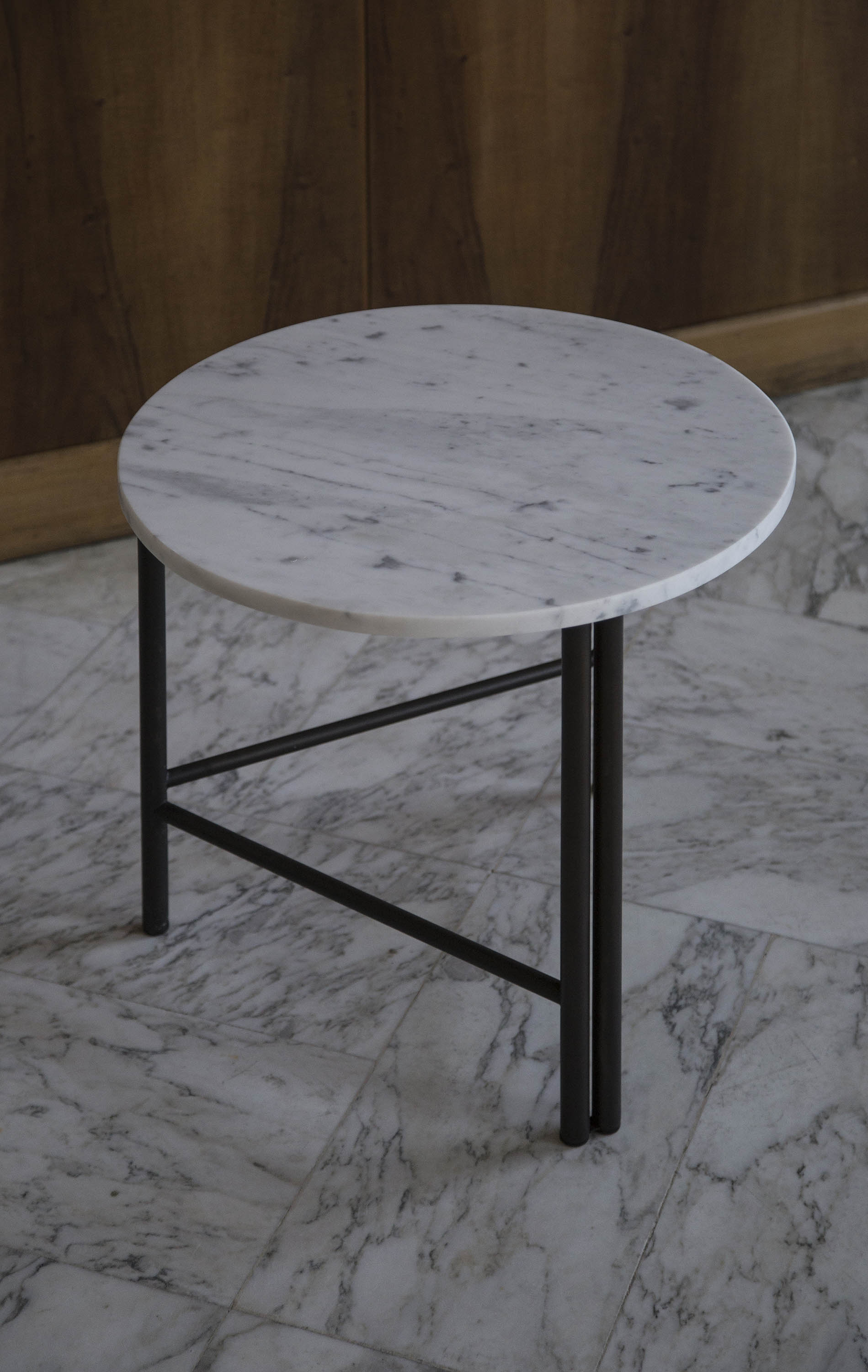 The pendant Diamond Lamps hanging in front of the niches and over the lounge areas, illuminate the room periphery with a soft light. They are specially designed, mouth-blown and manufactured with balloton glassmaking technique (which itself recalls the diamond pattern) by master glassmakers in the Arno valley, in Tuscany. Waxed steel, local walnut wood, Carrara marble, linoleum surfaces, mouth blown glass, are all themes consistent with the context and dear to the tradition established in the 50s. 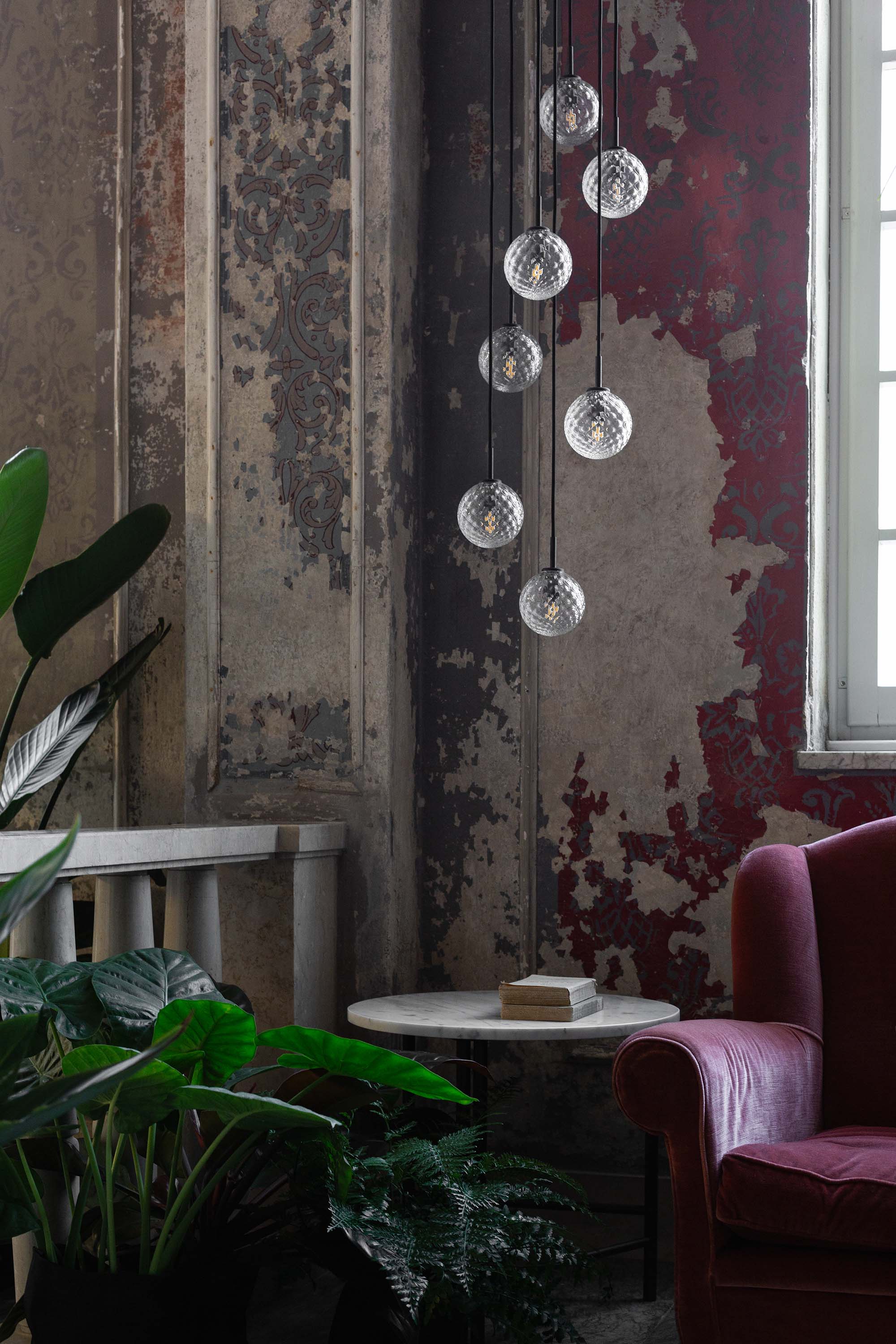 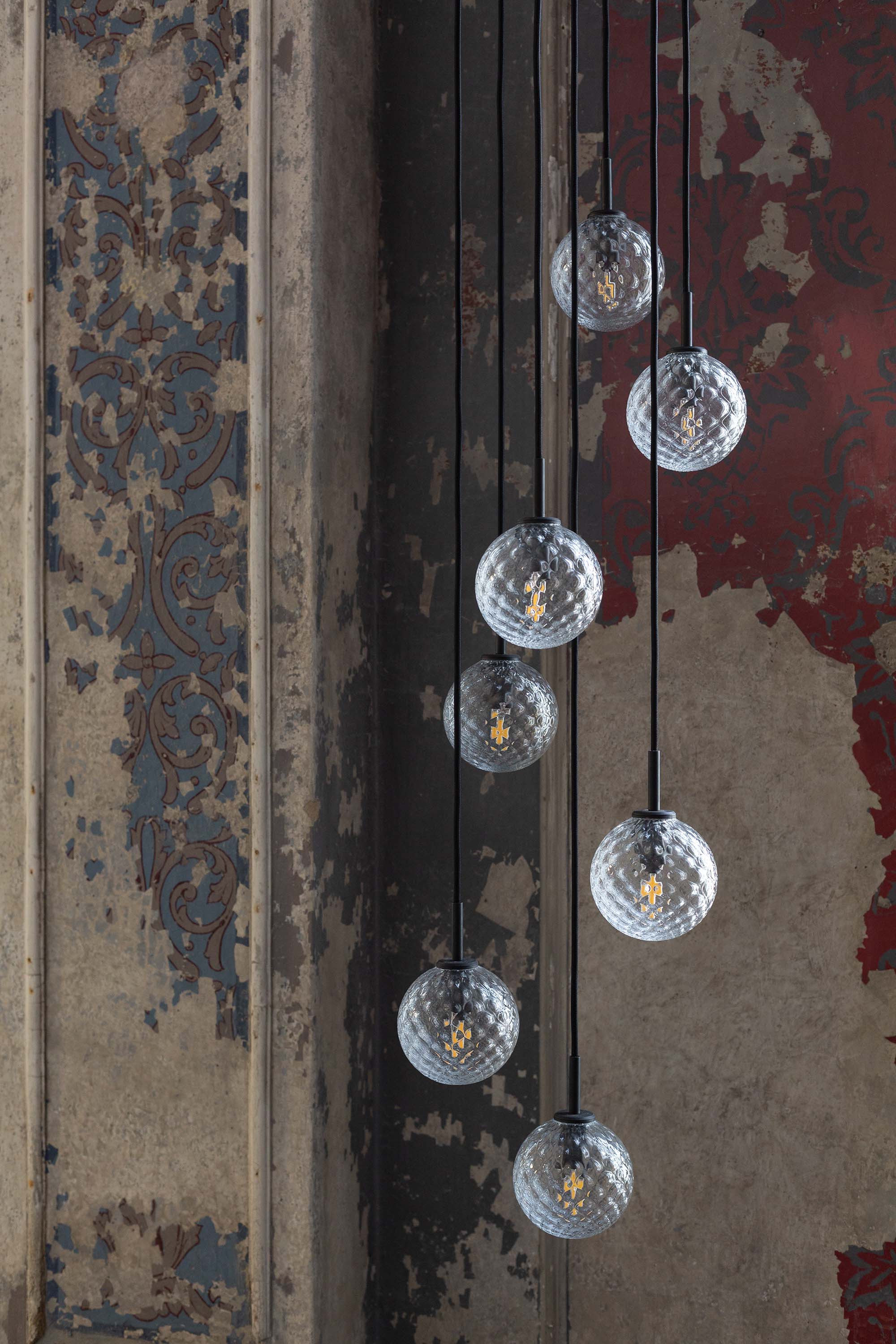 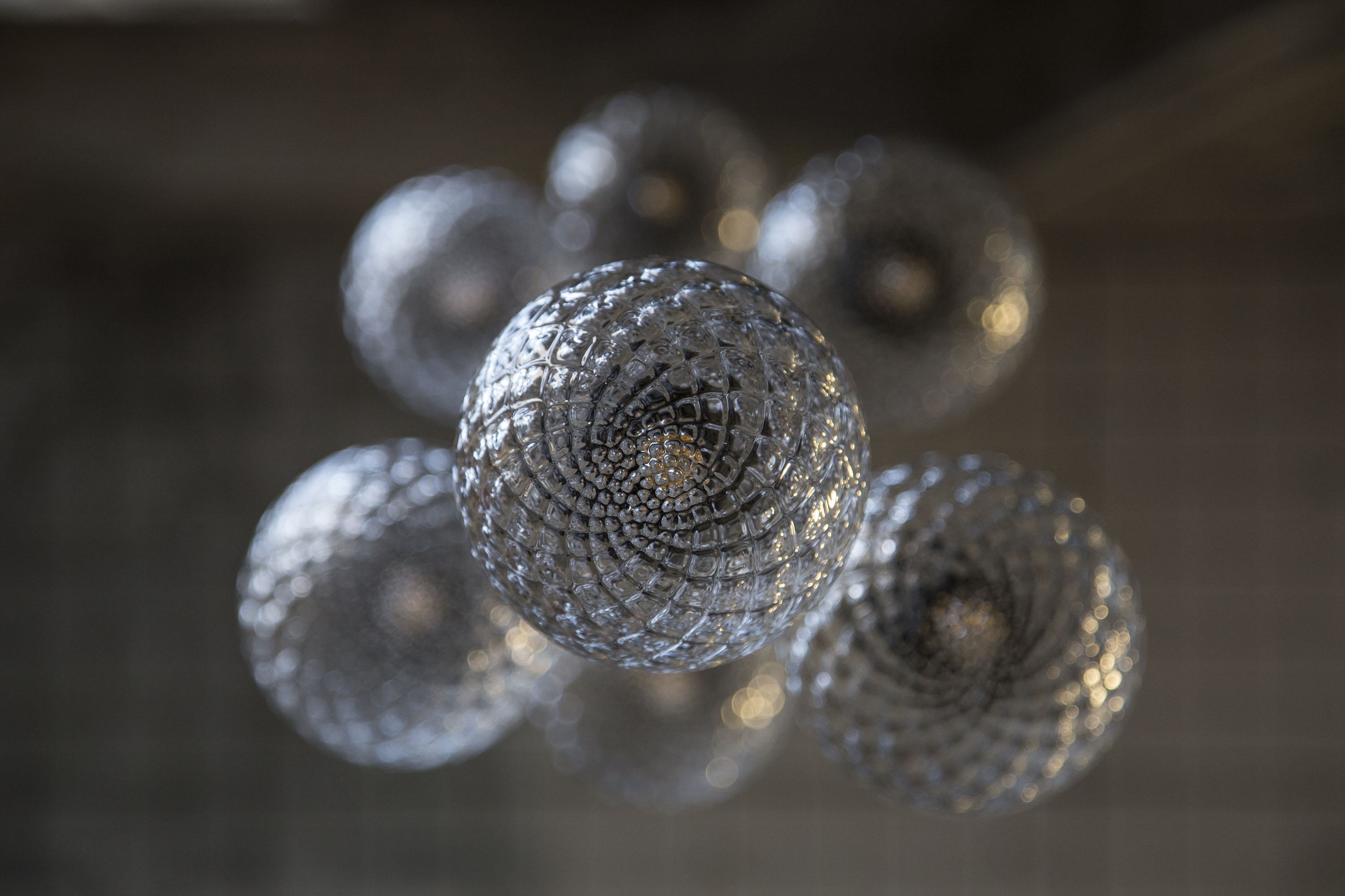 DIAMOND TABLES, DIAMOND LAMPS, TT CHAIRS AND TT COFFEE TABLES HAVE BEEN SPECIFICALLY CONCEIVED FOR THIS INTERIOR AND

ARE AVAILABLE ON REQUEST AND CUSTOM-SIZED ACCORDING TO CLIENT’S NEEDS. SOFA AND LOUNGE CHAIRS ARE VINTAGE PIECES.

For the same client you can see also : 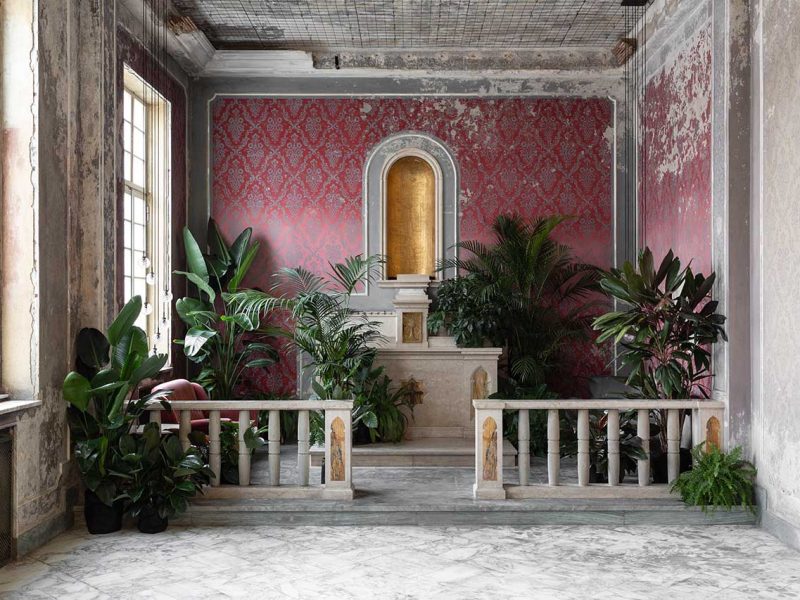